That’s right, Moe is getting older…We’re celebrating his berfday this Friday in La Mirada, Ca. at his favorite place called Marisa’s.

I even made him tribute video on MtnBikeRiders.com….check it out and see why he’s the wind beneath our wings!

There are quite a bit of bike commuters in the Los Angeles County area. The bike commuter that I have the utmost most respect for is our friend Russ Roca, he’s the Eco-Friendly Photographer that rides his bike to all his photographic assignments. The dude doesn’t own a car and he uses public transportation as much as he can. Oh and check this out, his girlfriend, Laura is a commuter too! That’s right she rides 4-5 days a week. Russ and Laura are good people, Moe and I met both of them at the Urban Commuter Expo in Pasadena. 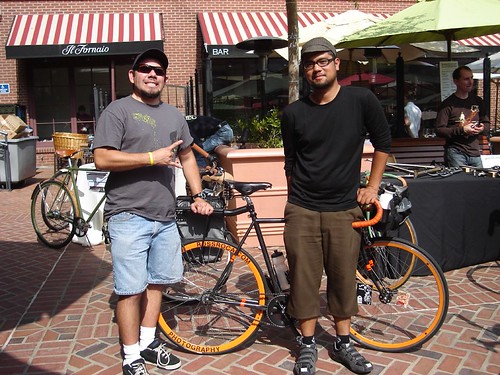 The BikeCommuters.com Secret Lab, Phoenix division, is now open and the adventure of building my own commuter is finally upon me.

I like tinkering with bikes and have even had a few opportunities to take apart, paint and reassemble bikes. All of those projects never resulted in anything much – none of the bikes are even in my possession any more. But I am always on the look out for a good “project bike.” Once I started bike commuting, I felt the desire to build a custom commuter – spec’d exactly for what I needed. My road bike is too nice for the crummy roads and my mountain bike is too slow and too relaxed (geometry-wise) for the distance. I like the feel of lugged steel (who doesn’t, really?) and have been on the lookout for a frame for building my franken-bike. And, alas, I have found it.

While making my first visit to the Tempe Bike Saviours – a local bike co-op (aka HEAVEN) – I found this sweet ol’ gal amidst a pile of rusted out Schwinn’s and Huffy’s. I have yet to decipher all of the serial numbers so I can figure out the exact model and year of manufacture – but I do know that it is a pre-1973 Japanese model of the Sekine road bike. Sekine’s were originally manufactured in Japan until 1973, when they opened a plant in Manitoba, Canada to avoid certain duties and tariffs on importing bikes. Sekine was one of those brands that really profited off of the 70s bike boom – they were self-proclaimed as the “World’s Finest Bicycle” (note that the actual frame decal says “World Finest Bicycle…”). The head badge has a signature rhinestone at the top – which I actually thought was something added by whoever owned this bike before. For now, all I have is the frameset: frame, fork and crankset. This merely means that I have a blank canvas to work with and I get to hand pick every piece. I will write periodic updates as the project moves along.

OK, this has nothing to do with commuting, but I thought I’ll post it anyway. Last Sunday, my family and I participated in an event sponsored by our church called “Trunk or Treat”. We basically decorated our vehicles with a Halloween Theme. 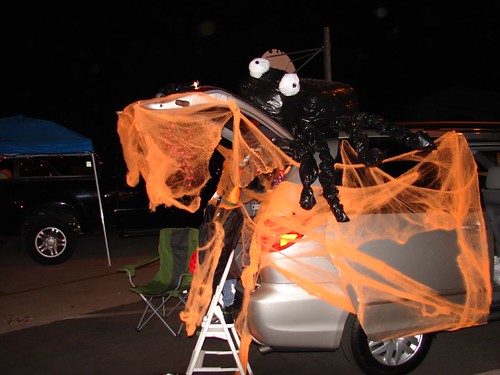 As darkness descended, I used my cycling lights for special effects and as spotlights: 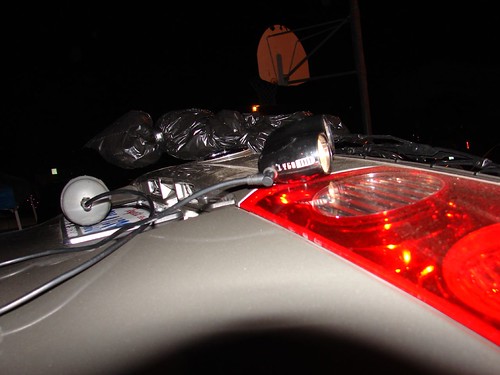 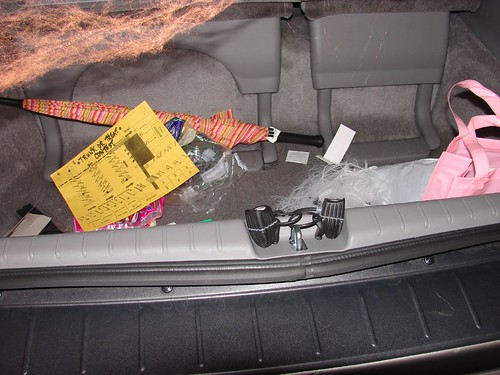 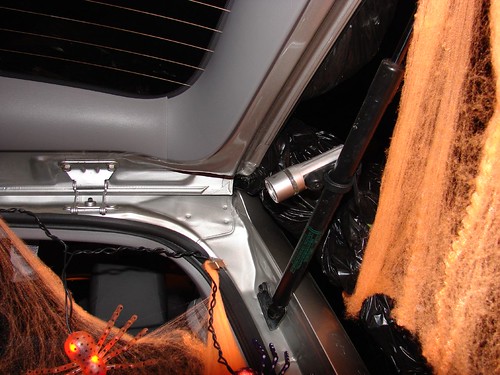 My Cateye front blinky light as a spotlight

I didn’t think of it this year, but next year I will build or modify a bike for this Halloween event, should be fun!

I took the KMX Kart for my commute this morning and it gave me quite a workout. The geometry on the KMX is quite different from any commuter bike or any bike for that matter. 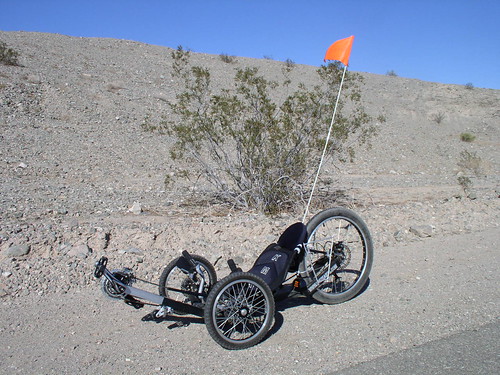 Not only did the Kart do a number on my legs, but I found my arms and abs a bit sore after the ride. 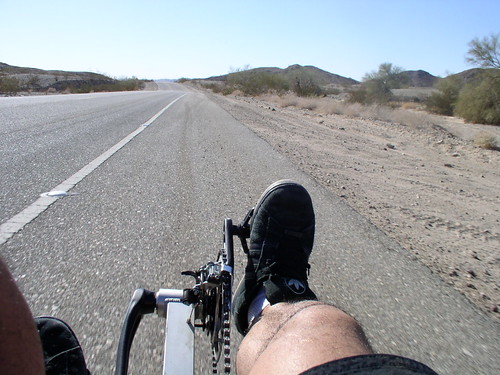 Iâ€™m still impressed on how fast this little puppy could run. I wish I had one of those computers that logs the distance and speed that youâ€™ve traveled. Just to see how fast I could take it. 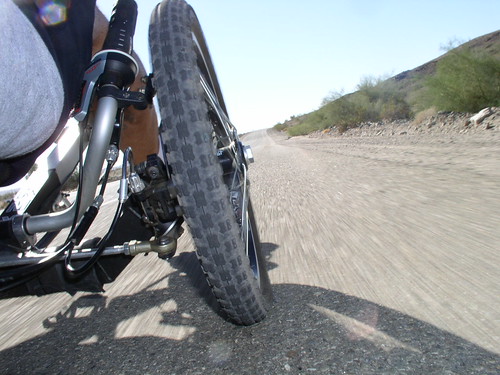 The only complaint I have about the Kart is that I donâ€™t have saddle bags to put some of my stuff in. But thatâ€™s something that could easily be fixed. Stay tuned for a KMX Kart â€œSaddle Bag Projectâ€œ. 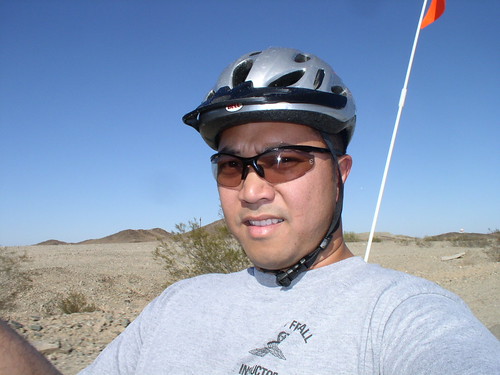