Nirve’s newest bike, the Night Owl hit their warehouse today! and guess what, we’re getting one next week to review! 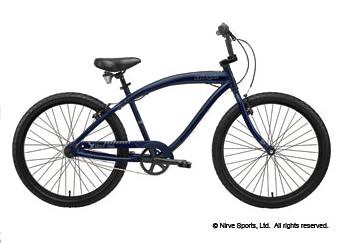 Need to adjust your V-brakes? Let RL show you how! 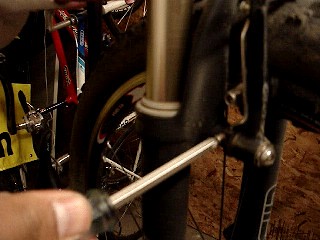 Check out the video on our new site: MtnBikeRidersTV.com In my [still] short time being a bike commuter I have been able to notice some significant bodily adaptations, especially with regards to aerobic fitness. During the first weeks/month or two, I was relatively in tune with the what was happening. Even going from a competitive triathlete’s training schedule to biking a [seemingly] mere 17 miles each day produced some significant changes in body composition and metabolic rate. For the first month of daily bike commuting [the ‘August project’] I would wake up with a slight sore-ness throughout my legs, which eventually faded as my legs became used to the constant stress. One of the nice results of this was an exciting amount of increased definition in my leg muscles, particularly my calves muscles. My metabolism seemed to bump up a little – but nothing too exceptional (I was coming off the end of a 6-day a week triathlon training schedule…).

The human body never ceases to amaze me how it can adapt, or even how it functions in general.

Now into my fourth straight month of bike commuting, I am noticing more physical adaptation – but it is different this time. My body has finally realized that it is not being trained for competition. The power of muscular function is being reduced to allow for the extra endurance that is being expected. I tried including some sprints into my ride home yesterday, but I felt sluggish and not as explosive as I used to.

But my running performance has seemed to increase. Since I began bike commuting, the miles I have logged with my running shoes has decreased by nearly 60-70% – YET last night I was able to run a 5k faster than I would when I was training for triathlons, and with an easier effort. A week ago, I went for a run – having not gone running for at least 2 weeks – and was able to maintain a very good pace with no discomfort.

It seems my metabolism has normalized as well, much as my muscles have. My body seems to have become a very efficient calorie burning machine and is able to maintain the functionality that I demand on a lesser diet. This part is actually sad to me in a way, because it means that whenever I eat more than I legitimately need to, I can tell.

While I have been in tune with how my body has responded to the stress I place on it as a bike commuter, I had a ‘duh’ moment today: my body no longer responds and requires the nourishment it did when I was a “competitive athlete.” Bike commuting continues to be a learning experience for me, and I think I have finally shed the mentality that I am training to be a competitive athlete. I will [hopefully] always continue to participate in recreational competitions because I love the experience of being at races: I love the excitement and anticipation, I love the physical challenge of the race itself, and I love the feeling of accomplishment afterwards. The beauty of my situation now is that I am able to maintain a solid and above-average level of fitness without having to spend any time in a weight room or on a treadmill.

That’s right, the Velorution made me a better runner!

As you may know, we periodically profile fellow bicycle commuters on our site. Well, we figured we’d ask the wildly popular Bike Snob NYC to appear here, and he graciously agreed to it. BSNYC occasionally writes about his commuting experiences on his own blog, and he’s got some very interesting thoughts to share with us. So, read on! We won’t be revealing his identity, though, so folks will have to keep on guessing… 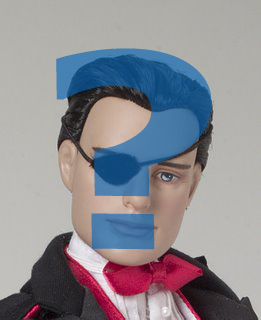 Here is his profile:

Off and on for the last ten years or so.

1) I love to ride
2) I race but I no longer have the motivation to “train” so I now get most of my mileage during the week from commuting
3) Like many New Yorkers I’m impatient and irritable and to me nothing is more frustrating than being stuck in a car, on a bus or on a subway train with no control over where you’re going and when. I suppose you could call me a transportation control freak.

What do you do for a living and what city do you bike commute?

I commute from the great borough of Brooklyn to the lesser borough of Manhattan where I have a pretend job as a full-time, highly-paid cycling blogger.

My commute is a mile or so shy of 20 miles round-trip. New York City has an extensive and inexpensive public transportation system which for all its flaws is a great thing to have. Even so, for relatively short distances there’s no faster way to get around in the city than by bicycle. Not only that, but on a bicycle you’re virtually immune to the delays that plague every other form of public and private transportation here. In fact, pretty much the only delays you encounter commuting by bicycle are bad weather and mechanical problems, and you can prepare for both of those. On the other hand, sitting in a stalled subway train in a tunnel underneath the East River for 20 minutes is maddening. And I’m prone to panic, so about 15 minutes into any delay I start plotting to kill and eat my fellow passengers to stay alive.

A typical commute in New York City…sharing a bike lane with garbage trucks and delivery vehicles: 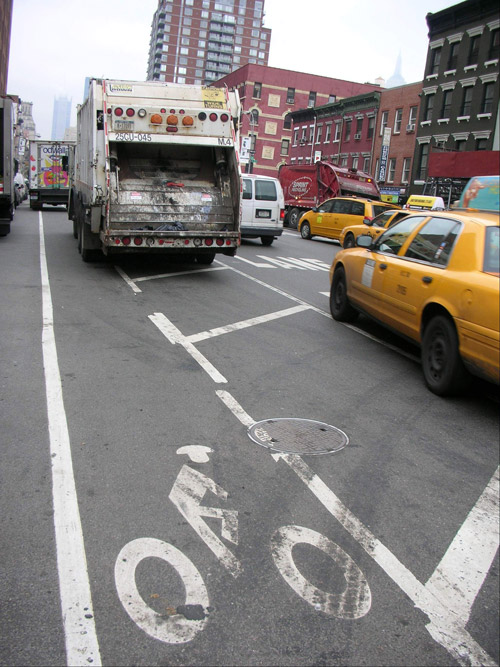 A road bike, a mountain bike, a cyclocross bike, and a track bike. The cyclocross bike and the track bikes make practical yet fast commuters with some simple parts changes. I’d have a dedicated commuter, but then I wouldn’t have a place to sleep. In New York space is a limiting factor.

One time on the way home from an after-work road ride I accidentally got mixed up in Critical Mass. I may not be much of a racer, but I felt like an Olympic swimmer who took a wrong turn and wound up in the kiddie pool. I think I was the only person more irritated than the motorists.

Now, a bit about your blog: when you started BSNYC, did you have any idea your blog would be such a hit and would resonate with so many people? Why do you suppose this is the case?

I had absolutely no idea so many people would take to it but I’m thrilled that they have. Not to state the obvious, but I think the main reason people read it is that I write about cycling. We cyclists are obsessive by nature, and many of us are constantly seeking out cycling-related material when we’re not riding or when we’re stuck in front of a computer. As a writer I’m very lucky in that respect–it’s a seller’s market for me.

Also, as cyclists we have a unique vocabulary, a unique set of references, and a unique perspective on the world. There’s not a lot out there written for us in our language for the express purpose of entertainment, and that’s what I enjoy doing. With cycling becoming more a part of the culture it probably won’t be long before other people more talented than me start to do it as well. But in the meantime, you’ll have to make do with BSNYC.

We’ve tried injecting some humor into various posts here on Bikecommuters.com, but it is VERY hard to do successfully. How do YOU keep it fresh and humorous 5 days a week?

Uh, you guys can offer me all the panniers, pant cuff retainers, and blinky LEDs you want–I’m not giving you my secret.

Of course, the truth is some days are less fresh and humorous than others. But I just try not to think about it. It’s like riding for me–it’s something I look forward to every day and it’s fun for me.

Any predictions on what the next great bicycling fad will be?

I actually did a post on that awhile back (http://bikesnobnyc.blogspot.com/2007/06/what-will-be-next-trendy-bike.html). Right now I feel like the not-too-distant future of trendy cycling lies in BMXs and vintage road bikes. I also think that fixed-gears will continue to morph with freestyle bikes. More and more companies will offer pre-built fixed-gear freestylers until the bottom suddenly falls out, after which only a dedicated few will continue with their bar spins, skid contests and wheelies. Eventually though it will have a resurgence and will live on as a permanent yet still ridiculous part of the cycling culture firmament. Basically it will take the same trajectory as skating and BMX did. And of course I’m sure something new will come along that will take us all by surprise.

Not really–I’m way too insular. But I’m very lucky and grateful for the people who are.

Only that no matter what kind of jokes I make on my blog I regard all cyclists equally since no matter how or what we ride we all derive the same joy from it and that’s all that matters. Except for triathletes–now that’s just dorky.

Could THIS be BSNYC? Naw…we’re just kidding! 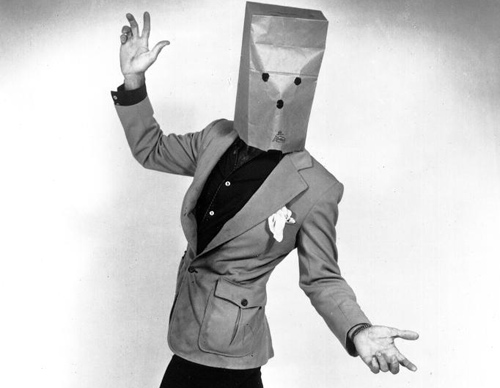 We’d really like to thank BSNYC for gracing us with his presence…if you’re not familiar with his blog, check it out IMMEDIATELY. It’s chock-full of witty, biting cycling humor — no bicycling faction is safe from his steely gaze!

Our buddies from KHS are giving away a free bike, click here to enter the contest!