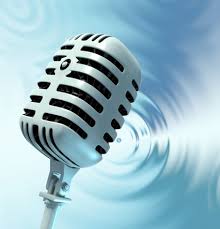 Moe and I are always looking to improve the sites. One of the things that recently came up was podcasting.

If we gave you the option to listen to our articles/postings via podcast, would you subscribe/download/listen to them as an alternative to reading? We thought this might be useful for folks that take the train, or on a walk during lunch or for some that listen to their MP3 players while riding (please do that responsibly).

So leave us a comment and let us know what you think, if the idea flops, then we won’t do it. But if enough people show interest, then we’ll move forward with it.

I’ve been wearing my Swobo gloves for about a week and thought it was a goodly time to write a review. If you haven’t heard of Swobo (you live under a rock), you’re not alone. I did a quick tour of all the local bike shops in Long Beach, CA and no one carries their gear and when I asked some people if they had heard of Swobo, they thought I was trying to score some wacky tabacky.

In all seriousness, I think their apparel is nicely designed and doesn’t look like the typical photoshop vomit you see on other cycling gear. They’re also big fans of wool which is enjoying a little renaissance with the help of companies like Rivendell, Portland Cyclewear, and EWR (Earth, Wind, Rider). I like to think that wool is the new “high-tech” fabric, it keeps you warm in the winter, cool in the summer, it wicks moisture, it resists odor and it isn’t made from oil. In fact, it’s a renewable resource.

Anyway, back to the gloves.

They’re wool and on the outside of the right hand is a nice square little brown tag with yellow stitching that says Swobo. Understated. Classy. Sweet. Left to a lesser designer and they would have put racing stripes or flames.

On the flip side there are yellow sticky dots and an awesome little design detail, a sticky hand (hanging loose)! How awesome is that?!

The sticky dots (and hand) do their job. They grip the Salsa tape on my road bike and the shellacked cork grips on my touring bike with equal fervor.

The nice thing about these gloves are they’re not too “sporty” (although they do have a sense of humor). They wouldn’t be out of place on your hands while you’re hitting the town, unlike some of the funky designs with multiple colored panels and palm implants. These are just great everyday gloves for on and off the bike.

Another great thing about these gloves is that you can wash them without plastic parts getting all weird. I have yet to wash mine, but I do own several articles of clothing that are made from wool. I would suggest washing it with this because it has lanolin which reconditions and softens the wool. Wash it in cool water in the sink and for godsakes don’t wring it! Do a light squeeze to get some excess water out, then wrap it burrito style in a cotton towel and stand on the towel. This will force the water out of the wool and into the more absorbent towel (this technique works for wool shirts and jerseys as well). Then leave it out to dry.

I have been riding with the gloves for a week and love them. The yellow sticky things aren’t so yellow anymore, and no doubt with time they will chip away, but probably not until I’ve gotten good use out of them.

All Swobo products (at least the ones I’ve purchased) have come with this enigmatic tag. On the flip side it says:

We’ve decided that hang tags, in all their dangling glory, are a waste of paper and natural resources. If you’re in need of extra information concerning Swobo products, or do indeed have a hang tag fetish, visit Swobo.com to get product information. Do what you can….when you can. This isn’t hippy banter, this is old school actions applied to real time issues. Thanks for listening.

You got to love a company that’s willing to put that on all their products.

I highly recommend these gloves because it’s a good product coming from a good company. They do what they’re suppose to with style and humor (who knew gloves could be so funny?). A+

If you live in the OC, you will be delighted that 11 million bucks will be allocated for 16 cities.

Here’s one that will affect RL:

Check out the Orange County register article for more info.

A 39-year-old Illinois man was Tased after he ran from police trying to stop him because he was riding a bicycle with improper lighting equipment, the Enterprise Record reported.

Police said when a Glenn County sheriff’s deputy got the attention of Omar Herrada Rivera, he jumped from his bike and started to run away, the newspaper reported.

After the deputy chased him half a block and warned the cyclist several times he would use the Taser, the deputy did, according to the report.

But police said the man did not receive a shock, the newspaper reported.

Police told the Enterprise Records the deputy’s use of the Taser was justified because the suspect was running toward a home.

Rivera was charged with resisting arrest, riding a bicycle without proper lighting, riding under the influence of alcohol and use of false citizenship/government documents.

In the 6 months that I have been bike commuting, I have driven about 1800 miles less than I would have otherwise, and spewed about 38,000 fewer pounds of CO2 into the earth’s atmosphere. Whether we know it or not, we – the bike commuters – possess the mental and psychological seed of being environmentalists. Whether we mean to or not, we are taking a stand against the pollutive presence of automobiles. Whether we act on it or not, our utopia is a pleasant and safe place to enjoy the glory of two-wheeled, pedal-powered exhilaration.

And if so much can come from unconscious or non-deliberate action, imagine what our bike commute can be like when we mix action AND thought.

Environmentalism (sometimes ‘ecologism’) is a broad philosophy and social movement centered on a concern for the conservation and improvement of the natural environment, both for its own sake as well as its importance to civilization.

While it is wise to be wary of Wikipedia definitions (especially for your Master’s thesis), this one contains a beautiful sentiment that may be overlooked by those who are not so green-inclined: it aims to conserve AND improve the environment for its own sake AND for the sake of civilization. So you see, in my opinion, those who take on the moniker of “environmentalist” truly aim to better the world for all who inhabit it and rely on it for life. Not such a bad thing, don’t you think?

And we, as bike commuters, fit into this realm in our attempts to: And that list could go on. But I want you to take note of something: not once have I mentioned “global warming” or “climate change.” My argument does not rely on a scientifically proven change in global climate – it relies solely on quality of life. Whether or not the earth is heating, cooling, convulsing, or just plain chillin’ – I would argue that the efforts of environmentalism truly offer benefits beyond the status quo of consumption. If nothing else, the aim is as much positive impact on the earth as possible, and the least amount of negative impact possible.

Now, please entertain me as I attempt an application of rhetoric:

While I dimmed the argument in the sense of final outcomes, the basic logic implies that there is a certain risk that comes with inhabiting a living environment (earth) that could (potentially) drastically impact ALL of life. Personally, that is not a consequence that I choose to take lightly, and while I have a long way to go, I feel it is important to do the best I can to not “make the earth cry.” That is one (of the many) reasons I have become a bike commuter. And while not all bike commuters are bike commuters for the same reason as me, I think deep down we all want the same thing (see bullet points above), and therefore being a bike commuter and being an environmentalist can easily go hand in hand, and are mutually beneficial. So why not kill two birds with one stone?

In the coming weeks, you will see more “Green Tuesday” posts that aim to provide information on issues related to bike commuting and the environment. Some will (attempt to) contain arguments of logic as this one did. I am not an expert on the subject, and am not always sure that what I write makes sense or is in fact, true. But the ultimate goal is to spark thought and discussion, because the world can become a better place when thought and action are combined.