2008 was a memorable year for Bike Commuters. With gasoline soaring over 4 bucks per gallon, the bicycle was suddenly a very viable and affordable form of transportation. Being Bike Commuters has its ups (mostly) and downs; we learned that a lot of you ride for fitness, the environment, stress relief and mostly because it is just too darn fun. 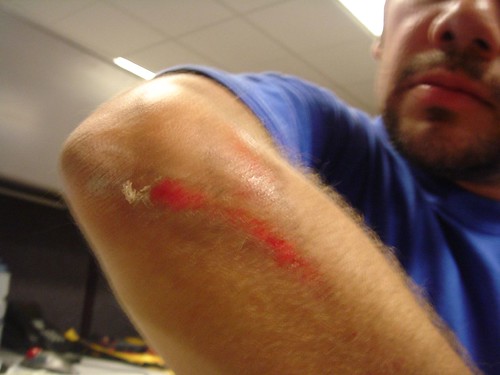 We also had a few stories of Bike Commuters being hit by cars (Jack’s own wife was a victim of an SUV), falls due to distraction, (doooh!) and one of bike commuter’s worst nightmare: Having you bike stolen. 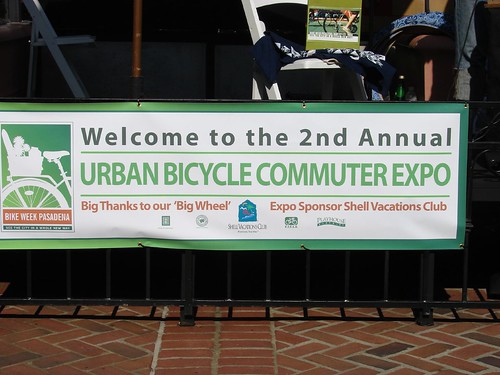 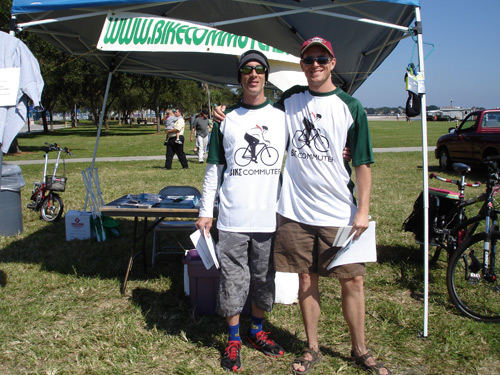 We also reviewed a ton of stuff and we were part of the 2nd Urban Bicycle Commuter Expo , organized by our friends from CICLE.ORG, and the Tampa Bay area Bicycle Bash by the Bay put on by Southwest Florida Bicycle United Dealers (SWFBUD). 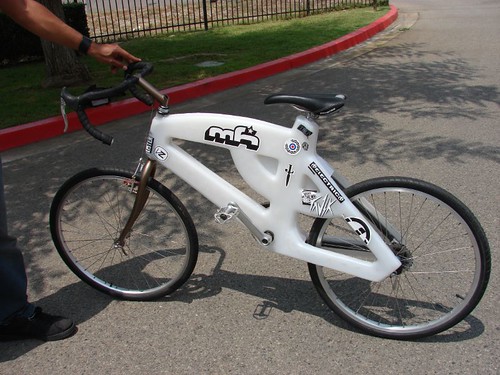 I also had the chance to be one of the first bloggers to actually ride the IV-1, a bike that can be made of recyclable parts.

We also received a lot of Bike Commuter Profiles, although I had to bribe some of you with stickers! It was great to put faces with names and to spread some “Internet Celebrity” among our fellow commuters. 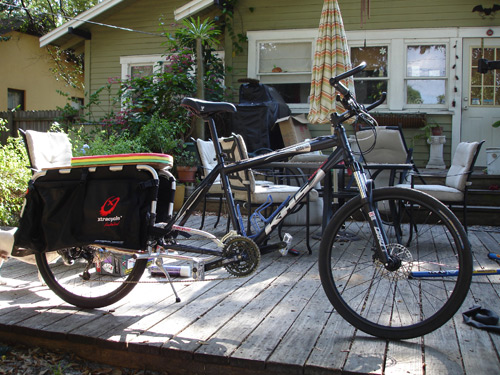 2008 was also the year that Cargo Bikes made an impact. Jack and I went with Xtracycle’s Freeradical; in fact, Jack nicknamed his the Recycletron 1000.

We also want to thank YOU, our loyal readers. We love your comments, opinions, bike commuter profiles, guest articles, guest reviews, how to’s and your generosity by supporting our site sponsors.

We hope that 2009 will be a great year for Bike Commuters; for those of us who are not Winter Warriors, I hope that as soon as the snow melts you will be back on the bike because we DO make a difference.

Some of you may have noticed that the crew here at Bikecommuters.com doesn’t write too much about bicycle commuting in winter…with most of the staff in balmy southern California and myself in SW Florida, we don’t get too much experience riding in the cold.

Nevertheless, we have complete and undying respect for those brave souls out there who commute year-round…through snow, ice and freezing rain, bitter winds and chilly temperatures. Last year, we offered a couple of photographs of some of our favorite “winter warriors”. You can check them out by clicking here.

Reader James Haygood sent in a great photo for us to share with the rest of our readers. He took this photo from his hotel room overlooking Lake Michigan in Chicago: 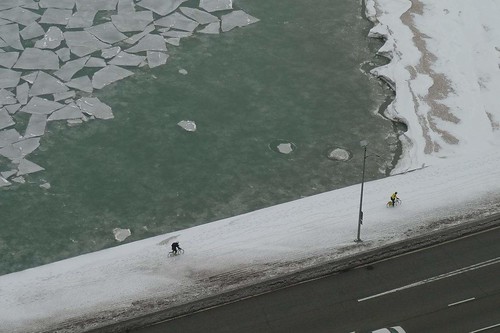 That’s an awesome sight…ice and snow is no deterrent for these hardcore cyclers!!! 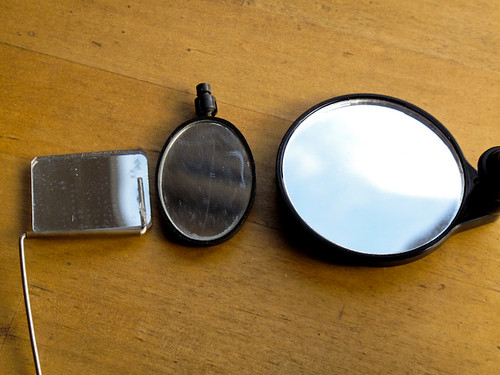 Ok, I just had a Michael Jackson moment when trying to come up with a clever opener for this post. I did a review of 3 bicycle mirrors on Epicurean Cyclist that a lot of readers might be interested in. As a bike commuter, it’s important that we’re always aware of our surroundings and mirrors are a great way to do that. 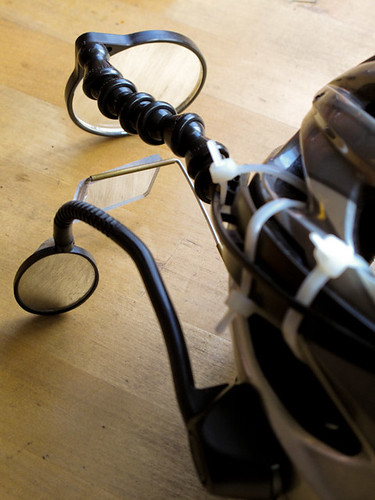 Check out the full comparison here.

The BikeCommuters.com crew want to wish all our readers a Merry Christmas!

We want to thank all of you for reading, commenting, emailing your profiles and reviews and for the great camaraderie.

I got the following email from faithful reader Jared Fitzgibbon:

“Now that the bottom has fallen out of the economy, Obama and his team are talking about infrastructure investments as a way to dig ourselves out. The change.gov website has a form where people can submit ideas about it. I went on a minute ago and added my own wish for cycling infrastructure. Lanes, signs, public education, routes, all that. I think if we’re going to be rebuilding infrastructure, now is the perfect time to make our voices heard as cyclists.

I’m not affiliated w/ the change.gov team in any way but I think if you and all of us readers were to submit our ideas to this site, we could really see some fantastic changes in our cities, towns, and roads all over the country. Regardless of political affiliation, this is a great moment for all of us to tell the new President what we want.”

Here are a couple of places we can let our thoughts be known and our voices heard:
http://change.gov/page/s/yourvision