If you had 3 wishes…

Which bike commuting product would you want to have right now?

I’ll start it off:

1. AirZound bicycle horn.. Have you heard how loud this thing is? This will get motorist’s attention.

2. A Bicycle canopy for hot and sunny days. I’m sure it would work great too for the rain. 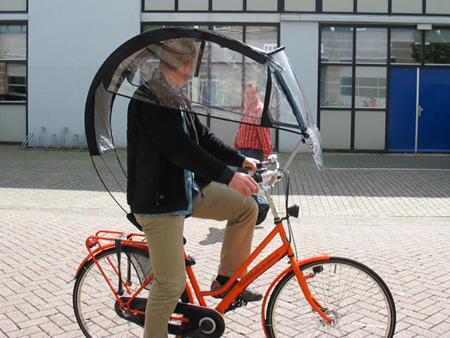 3. A bamboo made Xtracycle…so if Calfee and Xtracycle were to conceive that…I’d be all over it! 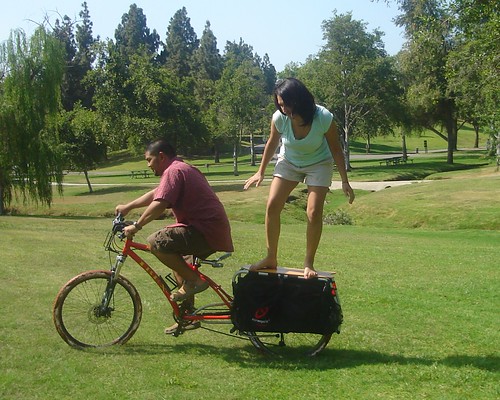 Go easy on him. Yes he rode on the side walk and he was going the opposite direction. But at least he was wearing a helmet.

The Impossible Journey from John Bonner on Vimeo.

This may be a bit of old news…I just located a link to an interesting article forwarded to me by faithful reader Frederick Lippens. His email languished at the bottom of my inbox since, oh…the beginning of August, but the article itself is a good conversation starter. The premise is,

One of the beauties of bike riding is the freedom. You buy one, or find one, and just jump on. There are no taxes, no fuel to buy and almost anything that goes wrong can be fixed by the rider. Theyâ€™re also cheap enough that anyone can own one.

Read the rest of the article at Wired’s “Gadget Lab” by clicking here.

Basically, the article touches on taxes, licensing for cyclists and some other “hot button” issues. We’d sure love to hear YOUR feelings on these ideas and issues…so comment away!

Fresh off the Big Brown Delivery Truck (which my wife lovingly refers to as “Brown Santa”)…a bike for an upcoming review right here on Bikecommuters.com: 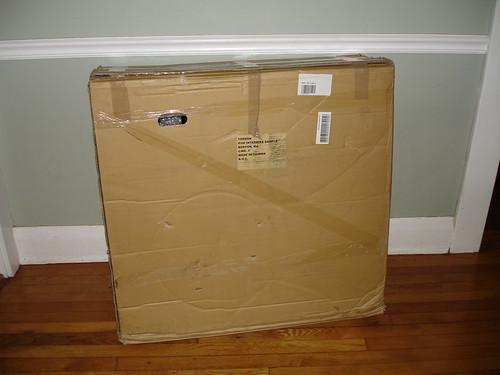 But wait…that’s an odd shape and size for a bicycle shipping box. What could it be?

Stay tuned for next week’s rollout and a first look at the interesting bicycle within.

The 2008 American Community Survey (conducted and released by the U.S. Census Bureau) data was presented recently.

Good news for bicycle commuters — there are 43% more of us out there than there was in the 2000 Census. People who use a bicycle as their primary means of getting to and from work hovers right around 0.5%…still a tiny fraction, but getting better every year!

Here is some “at a glance” information to peruse, and the complete table from the 2008 ACS (Table S081 — Commuting Characteristics by Sex).

This information and more can be found at the U.S. Census Bureau’s excellent “American Fact Finder“. Take a look for yourself!

Have you noticed more bike commuters on the roads and in the offices where you live and work? I’m running across more and more new faces every week…and while Tampa has a LONG way to go to reach the levels of some of the more bike-friendly cities (Portland, Minneapolis, San Francisco, etc.), the new faces are giving me hope that people are starting to get it.