Iâ€™ve been bike commuting since I was a wee lass in the jump seat on the back of my dadâ€™s 1983 silver Peugeot. He pedaled me all over the streets of Eugene, Oregonâ€“including the hilly commute to daycare. And, even though I have to do all the work these days, my love for biking and two-wheeled commuting endures. Iâ€™ve been regularly bike commuting for the last five yearsâ€“â€“two years in Sacramento and three years in San Francisco.

I started riding my bike to work in Sacramento because it was faster than driving. I lived less than two-miles from the office. And let me tell you, that was an easy bike commute. Downtown Sacramento has all of one hillâ€“â€“actually, calling it a â€œhillâ€ is generous, Iâ€™ll go with â€œinclineâ€â€“â€“and it was not on my route. Just the right kind of ride for me and my creaky old Schwinn, Stallion.

Boy, was I spoiled. After the company I work for relocated from the sunny flats of Sacramento to the Bay Area, I moved to San Francisco. My current commute includes 4-miles of biking + 30-miles of train riding + 2 more miles of biking. All told, it takes me just under an hour each way and beats the pants off of sitting in traffic on Highway 101.

Bike commuting in the Bay Area keeps me sane. Nothing puts me in a bad mood like sitting in stop-and-go traffic. Iâ€™d much rather start the day whooshing down hills as the sun rises and pedaling my way to the train station. Plus, thanks to those San Francisco hills, I donâ€™t have to invest in a gym membership and my money can be saved for more important things like happy hour.

I manage consumer marketing and social media for a renewable fuel company in Redwood City, California. I live in San Francisco, so my bike commute spans the Peninsula of Silicon Valley. When feeling ambitious, Iâ€™ve been known to bike the entire 34-mile route, especially on Bike-to-Work Day (and not just because six-miles from my office, Oracle hosts the most amazing free breakfast buffet for cyclists).

What kinds of bikes do you have?

My trusty steed, Stallion, a big Schwinn cruiser from the 80â€™s. And my daily commuter, a 2007 Raleigh Cadent affectionately dubbed, Roy the Road Bike.

After moving to San Francisco I was anxious to dial in my bike route. I hunted online for the safest, flattest route and poured over my handy San Francisco Bike Routes map. I wrote out a turn-by-turn directions list. I had screenshots of the street route on my phone. I clicked through all the turns on Google street view, so Iâ€™d be fully prepared for visual queues. And I was still a bit nervous to venture out on the rowdy city streets, so I ended up bribing my roommate with coffee to accompany me on my first ride to the train station. Sometimes all you really Â need is a bike buddy to help get you out on the streets!

When folks find out I bike/train commute from San Francisco to Redwood City, most people are impressed that I make the effortâ€“â€“or are slightly horrified.

Iâ€™d love to be more active in bike advocacy, especially since there is such a strong cycling community in San Francisco. Currently, Iâ€™m most active with Commute.org, participating in their San Mateo County Bike-to-Work activities and clean commute challenges.

Emily Shellabarger (oh man – such a good “two-name” name, who can resist holding back that Shellabarger?!), thanks for sharing your commuter profile and a little bit of west coast sunshine with Bike Commuters! Â I am personally jealous of your sweet commute with that killer sunset.Â Â  Want to show us your ride and plaster your fantastic commute all over the internet? Â Then send an email and we’ll hook you up with a Commuter Profile questionnaire.Â Email Mir.I.Am for details.

We wanted to wish all of you, Thanksgiving celebrants or not, a happy and healthful Thanksgiving vacation. We might be a little scarce around here over the next couple of days…busy trying to work off some extra calories with spirited post-feast rides! 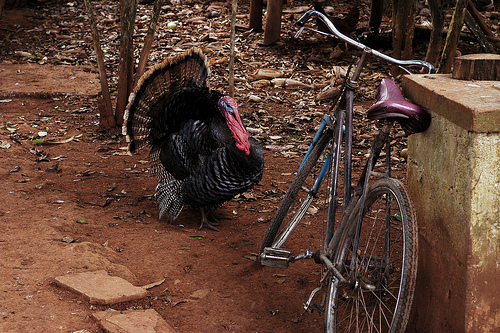 We’ll catch you next week. In the meantime, eat, drink, and be merry! Be sure to get some riding in, too.

A recent article from the Ottawa Citizen caught our eye:

Plowing bike lanes and paths to make winter commuting by bicycle more appealing is a priority for the city, but at a cost itâ€™s not quite ready to pay. 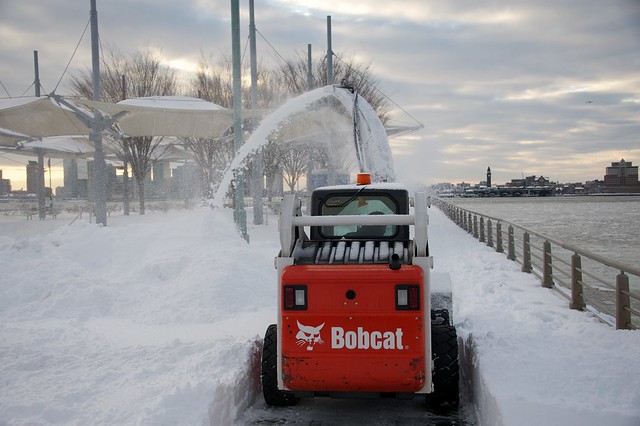 I have heard tales that Minneapolis plows some of their bike paths BEFORE the roads…I don’t know if this is true, but I’d sure love to hear from folks who live in areas where it is really snowy: What does YOUR city do to keep bicyclists on the roads once the icy curtain comes down?

I imagine it is a large expense everywhere, not just in Ottawa, to keep the lanes and paths cleared of snow…and I do know that where I live, which has over 330 miles of connected paved bike trails, those trails are at the mercy of Mother Nature and do NOT get plowed.

As many of you may know, we’re big fans of bike sharing schemes around here. And we’re pretty fascinated by the inner workings of such bike share programs. 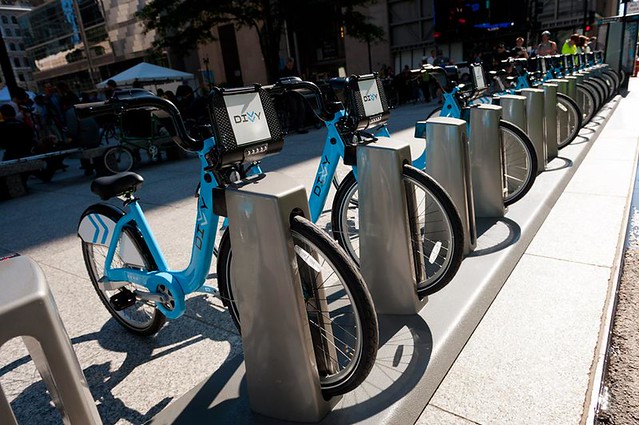 Now, here’s a bit of a teaser into Chicago’s Divvy Bikes. There’s not a ton of detail, but still an interesting short read:

There are no signs or banners on this nondescript industrial warehouse in West Town to indicate that the 18,000-square-foot structure is headquarters for what could soon become the largest commuter cycling system in the country.

Read the full article by visiting the RedEye Chicago page.

Holy Rusted Metal-colored leaves, Bikeman – fall is here, and I hope you commuters haven’t missed out on the lovely leaves spiraling from the trees around your neighborhood. After several years in a less-than-autumn climate known as Hawaii, Mir.I.Am muses on a bike bliss, a.k.a. the awesomeness of autumn commuting! 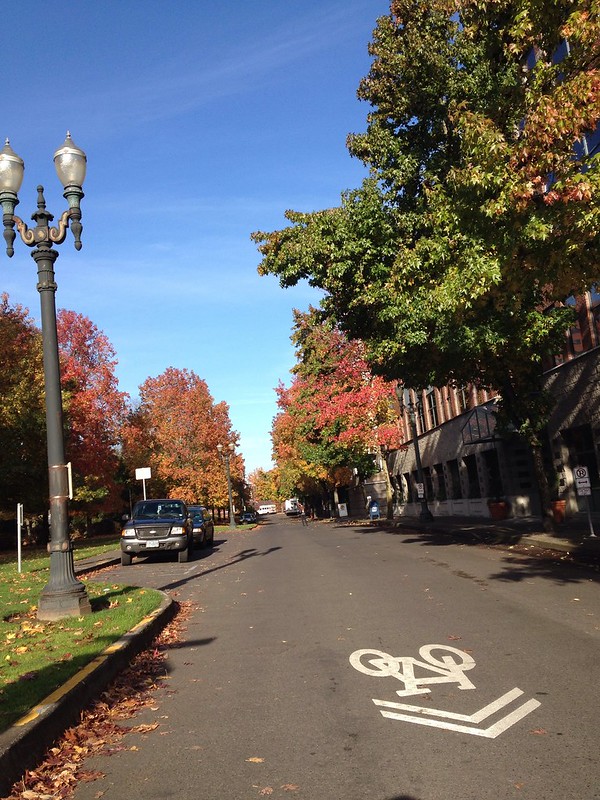 Last week, I was swept away by a colorful, picturesque commute along the river. Bike sharrows, blue skies, falling leaves, and a wide greenway was a recipe for Ultimate. Autumn. Bliss. I’ll take a lovely 3-mile jaunt like this at no sweat speed any day… Move over, Portland Streetcar, Cantaloupe is out in full fall force!

First stop: waterfront coffee at the Bean and Tree and some laptop work time.

And SURPRISE: if you take a new route back home, you might pass by some space tubes.

Sometimes it’s worth it to take the long route and enjoy the ride. Forget rushing and cranking and sweating and red light cursing, slow it down for a little autumn bike commuter bliss before it gets too cold.