Last year my goal for the year was to ride 1,500 miles. I didn’t reach my goal. This year I upped my goal to 2,000 miles and I reached my goal early. Here’s a short vlog about it.

Not too long ago it seems, I was young, had a full set of hair, and above all else, I had time. Now with 3 boys, a wife, and less time than ever I have to get creative with when I ride. My commute route began the same way most do, with the easiest way to get to work. Now its transformed into about 90% of all my riding and I love it that way.

I was a 200-300 mile a week road racer who did 3 weekly group rides and wouldn’t get on my bike if it was for less than an hour ride. Now I ride to work about 3-4 times a week for a commute that is about 12 miles each way. Not that my commute is not without its challenges, there are a few healthy inclines on the way to my work, traffic is fairly rough all the time, and the road makes 28s almost a must. Still it’s my commute and I own it.

From the tough climbs to wheel untruing potholes it became myÂ commute. I found ways to extend it and created a few strava segments to challenge myself. I realized that my bike was horribly inadequate (read: I wanted an upgrade) so I got a nice all terrain road/cross bike. That opened the door to even more routes and made the rough patches more livable.

I haven’t really grown tired of my commute because I don’t treat it as one. It’s my time to ride, a time to myself, a small part of my day where I can test my legs and my spirit that has not changed even if time has changed everything else. 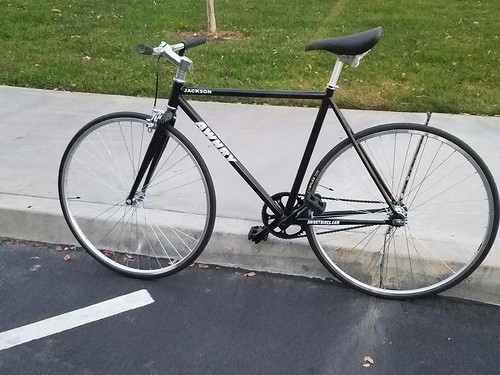 Last November I had the idea of fulfilling a dream of mine and having my own line of bikes so I created “Awnry Bikes” from a gag that we posted years ago. Well, I have finally sold the last Awnry bike from my first experimental batch and here is what I learned:

The market on fixed geared bikes is fierce. Companies such as State, SKU and Purefix have decent offerings at reasonable prices so the prices on my bikes had to be lower in order to compete with them. 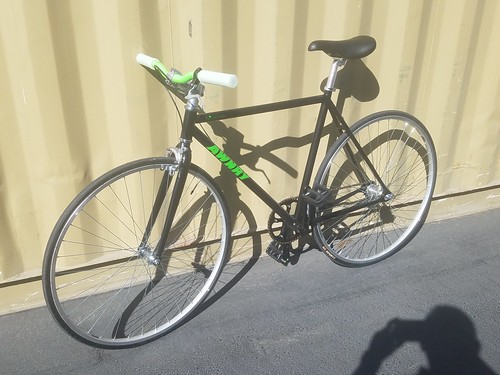 I was trying to market my bikes to bike commuters by offering an inexpensive method of transportation, however, most of my buyers were young people who were going to use the bikes “just to ride” and to ride with friends. Nobody was going to use the bikes as a commuter bike. So I changed a few things by offering Awnry bikes for more “hip” appeal such as adding colored handlebars, grips and chains. 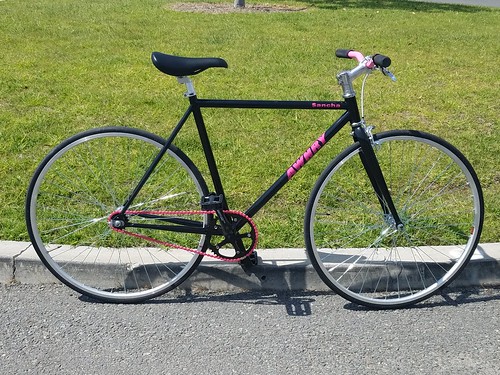 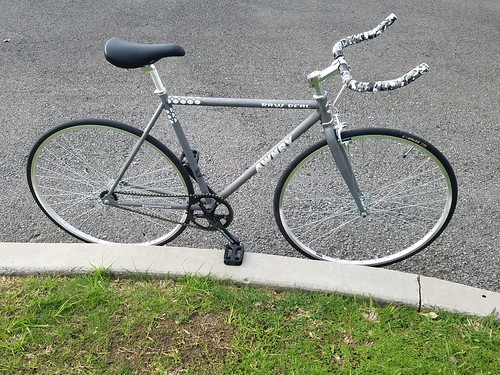 I learned that Pink was not a big seller and also the “raw” finished was not appealing to most buyers. So what kind of bikes sold? Plain bikes: 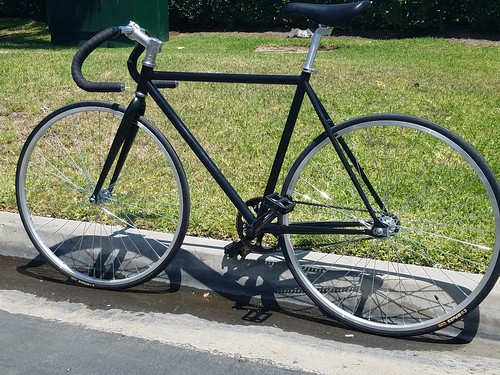 Yup, plain bikes with no brakes, no reflective stickers and drop bars. So what is the future of Awnry Bikes? Well, it is going dormant for now, maybe when gasoline goes back to $5 per gallon commuter bikes will be appealing again and Awnry Bikes will be re-born.