Lookout, cycle gators: it’s commuter profile season again! This bike commuter is one of my original bike heroes, and good, good friend, CPK. Not California Pizza Kitchen, I’m talkin’ Christian P. Kittelson, yo. Hailing from Seattle, where riding a bike to work is what all the cool kids do… Kittels makes pale look good!

I started commuting when I was in college in San Luis Obispo, California. I continued when I moved to Seattle because I was tired of being dry and warm. I quickly learned the importance of fenders with mud-flaps. My commute is 4 miles each way, and I ride year round in all weather.

Biking helps me afford good beer so I don’t have to drink cheap, crappy, PBR.

Yachts along the bike path towards Belltown in the Emerald City

I am architect in the Emerald City, Seattle. 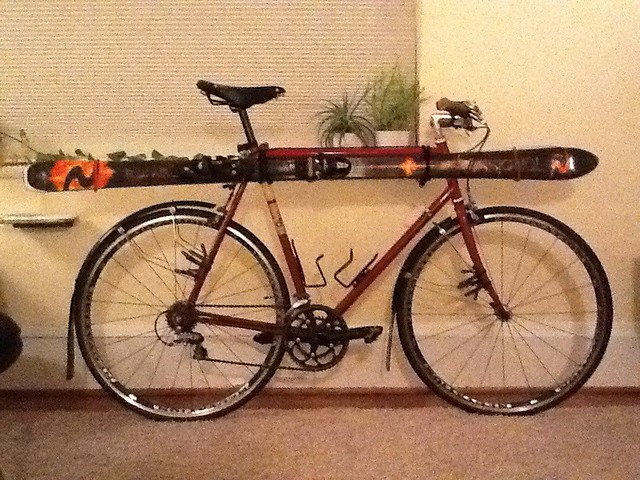 Red Bike – Commuting with Skis… why not? 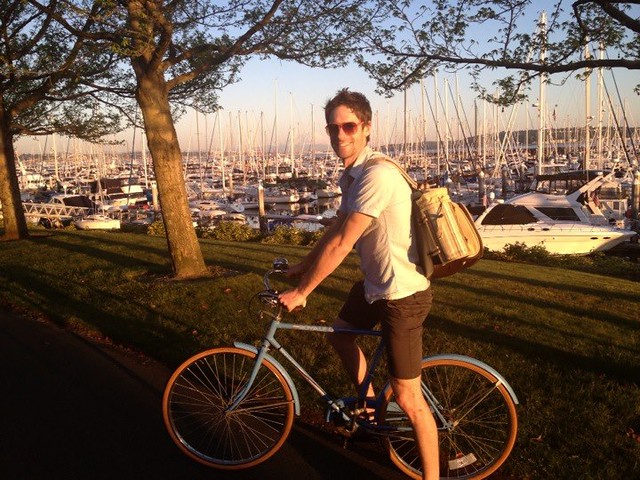 Blue bike is perfect for picnics 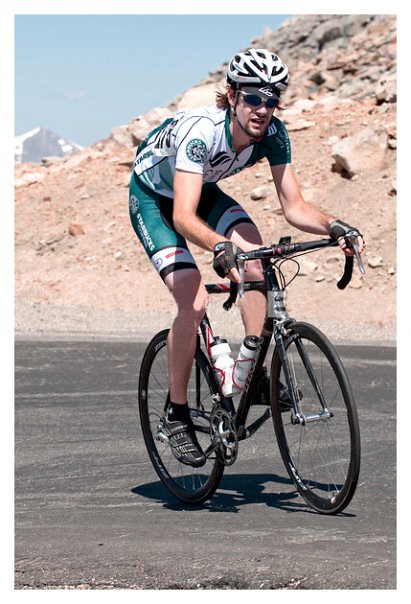 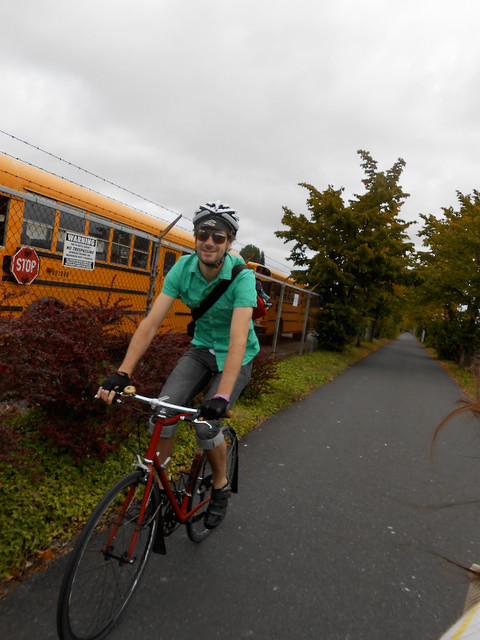 On the bike path leading towards the Olympic Sculpture Park in Seattle – sweet commute captured by a sweet photographer! (Okay… that was Mir behind the lens, not even looking in the direction of travel.) 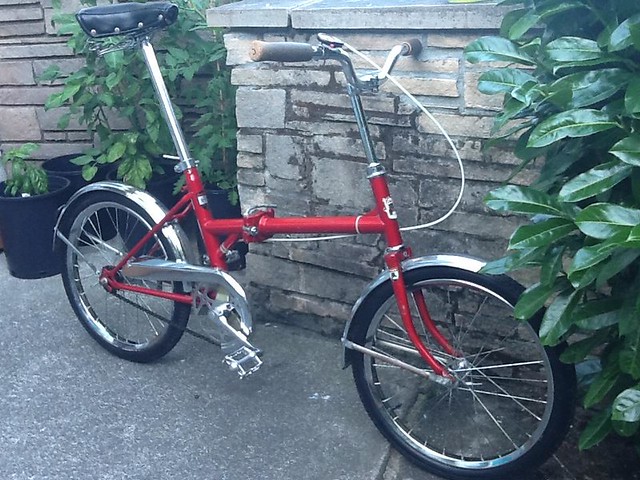 My commute home is a major bike path that goes along the rail-yards. In the winter when its dark, there tends to be a few rats that hang out on or along the path in the bushes. Its not uncommon to see one from time to time, but a lot of times I don’t see the glow of their eye until it is under my wheel. I have started to add a tick mark to the chainstay of my bike for each rat I hit, and have subsequently coined it “the exterminator”. 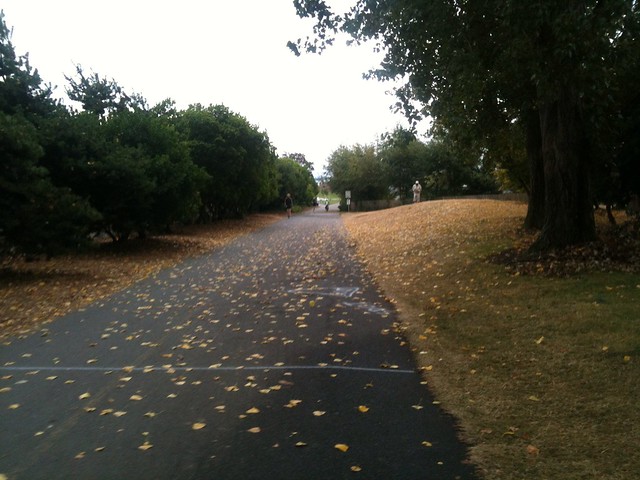 Watch out rats, you’re about to get EXTERMINATER’d!

I usually don’t bring it up, but most people can usually tell because I am always wearing Velcro shoes with my jeans (which make great bike commuting pants) rolled up to the knee. Sometimes I will walk around the office all day like this not realizing it until someone laughs at me and asks me where I am going.

As part of bike to work month each May I organize teams for my office for the Cascade Bike Club Commute Challenge here in Seattle. We track miles to encourage people to ride more. It’s been so popular I have started organizing the “Pineapple Challenge” in November. Similar to the commute challenge, we have teams that log mileage, but November is the rainiest month in Seattle so its intended to reward pain and suffering my multiplying the total mileage times a â€˜misery factor’ for the day. The misery factor is based on daily rainfall amounts. It’s epic.

Rock Flannel: Not only is it comfortable and fashion forward, it also makes the best bike wear for the Northwest.

I luff it. (P.S. – did you see the Mir.I.Am making a cameo face in that commute?) Arigato for sharing your bike love with the world of Bike Commuters, CPK – I’m gonna check that red bike next time for the latest “Exterminator” stats. So kiddies, if any of you cycle ladies and gents want to show your ride to the world, hook it up with an email to Mir and we’ll plaster your bike goodies all over the webby-web!