New Striping in the Bike Lane: friend or foe? 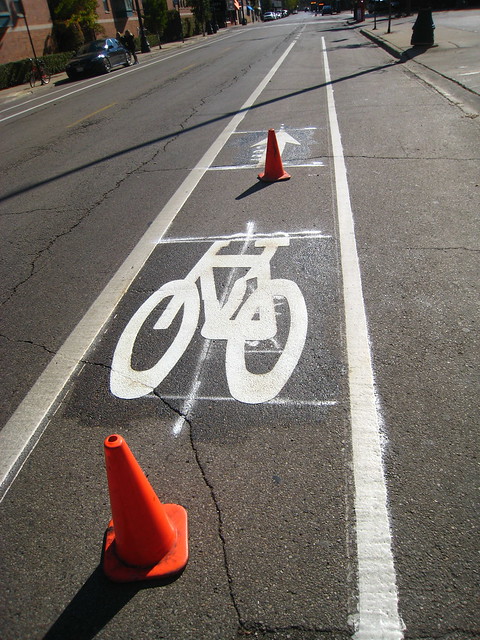 I took a photo of the crew painting the new bike markers in my lane during my morning commute; they were happy to pose for a photo op. 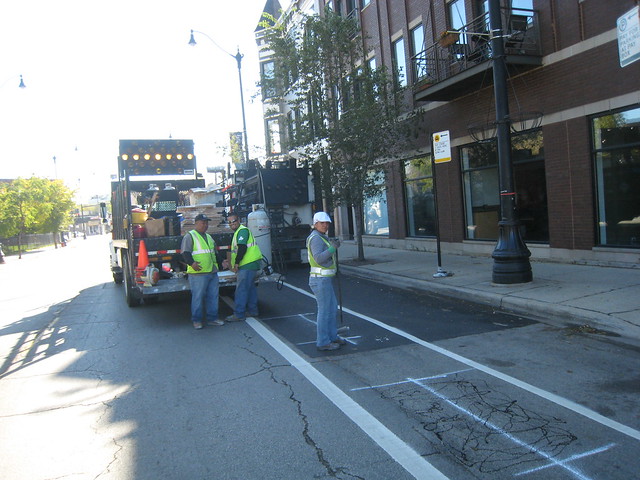 The bright white stripe of demarcation is so much more visible at night and I have noticed that motorists do not encroach as much on my designated road space – at least they seem to notice the bike lane. Of course, that doesn’t keep me from moving beyond my narrow lane; if road conditions in the bike lane are hazardous or if a car is double-parked or there’s a threat of dooring, then I reserve my right to ride outside of the bike lane and to take the lane of motor vehicle traffic for my own safety.

I’ve heard the comments from some bicyclists who see striping as a concession to “the man” putting bikes in their place. I, however, welcome the simple white lane “buffer”. As Jack “Ghostrider” commented to me in our discussions of this post, “Yeah, I sort of like them myself…a bit of psychological buffer (“yay, my own private lane!” — and in Tampa, that was so true).” I do the same mental happy dance when I see this fresh paint – a fresh indication – to at least designate a lane and a place for bicycles on the road. Here in Chicago, Mayor Rahm Emmanuel has actually promised that 100-miles of protected bike lanes will be installed over the next four years – a project termed the Neighborhood Bikeways Campaign and “wants to make Chicago the most bike-friendly place in the United States.”

The new bike lane installation is already underway. Miriam and I explored the first stretch of protected bike lanes on Kinzie during her visit to Chicago. Most recently, the city’s resurfacing project on Jackson has led to a second protected bike lane being installed on Jackson Boulevard from Western Avenue to Halsted Street. The city is evaluating road projects already in the works and has been able to more quickly and affordably get these first protected bike lanes in place in a fairly efficient fashion. 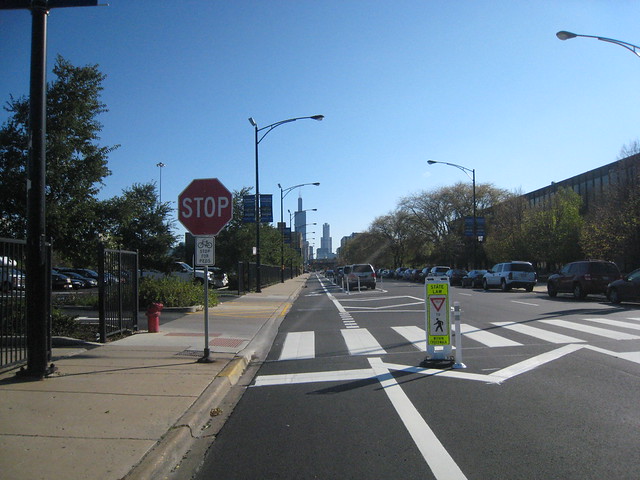 Motorists are already grumbling. But what about cyclists? The fast electric bike riders may not like the new lanes since they restrict them behind slower bike riders. Likewise, stripes are known to be slippery when wet (all riders should take caution when riding on / crossing the stripes) and road furniture has been attributed to many crashes in big cycling race events (including this the 2010 Giro d’Italia)

I still celebrate the bike infrastructure! :-)

Earlier this month I attended the community Bikeways (both the 101 and 201) sessions about all that goes into the engineering and planning of such bike lane infrastructure. And there will be much planning in the coming months! 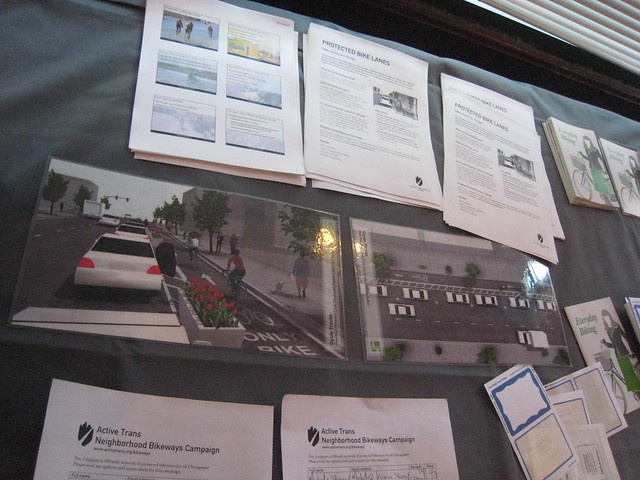 In the meantime, I’ll continue to get excited over better bike lane demarcations clearly outlining “my entitled space” on the roadway. Every little bit helps. It’s like I’m telling the motorists — “you just stay on your side of that line!” And for the most part, they are and giving me more room. :-) On my ride home I couldn’t help but think how seeing these new solid lines to mark off road use kind of reminds me of that scene from the movie Dirty Dancing – “this is your dance space, this is my dance space” until the lines end and we all shuffle around and do our little “dance” together at and through the intersections…

See how the bike lane ends as it approaches the intersection…. 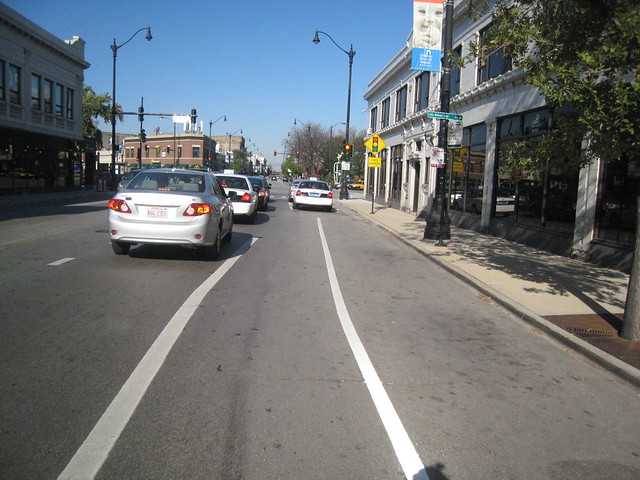 As the city continues to plan out the new Bikeways, let’s hope that such dead zones of infrastructure get addressed. The best way to see the bike infrastructure installed how and where you want is to get involved and attend the future community meetings.

The city’s resolve to make Chicago a more bike and pedestrian friendly place has to start somewhere. I like seeing the smiling workers striping pedestrian crosswalks and bike lanes — a small though noticeable sign to motorists that the streets are not ALL theirs. 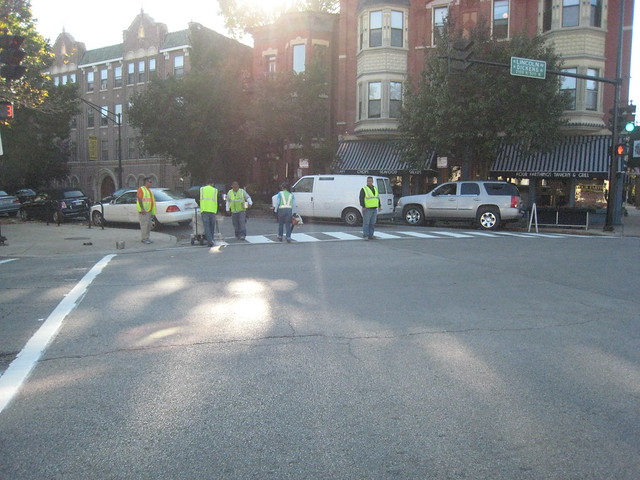