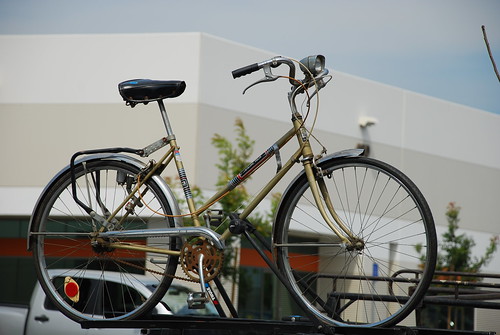 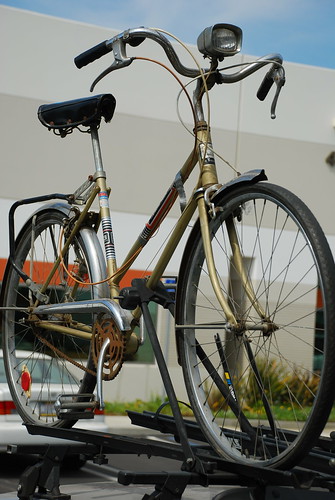 The headbadge/sticker says “The Treasury” and the down tube sticker says something about Leisure Tour. 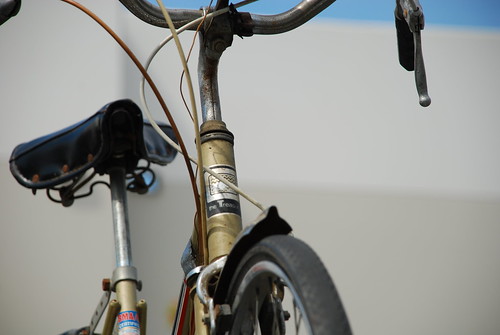 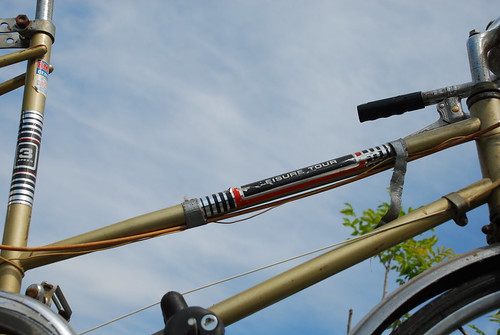 It has a 3 speed Shimano hub. 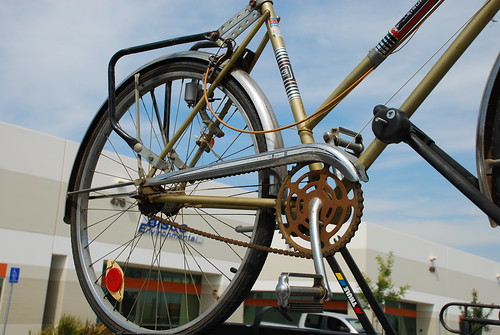 I plan on sprucing this baby up and flipping it. I just need new cables, perhaps some new tires and its ready to be sold!

**Sorry folks, I originally posted this to say Schwinn Varsity, but I didn’t even realize that its a Continental. So I’ll be updating the rest of the article to say the correct model name…**

Check it out, I just scored on a vintage bike! It’s a Schwinn Continental! I guess this color is called, “Radiant Coppertone.” 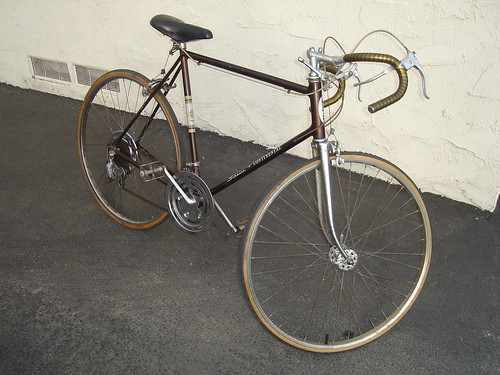 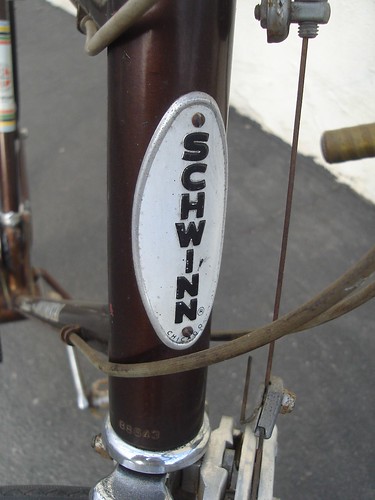 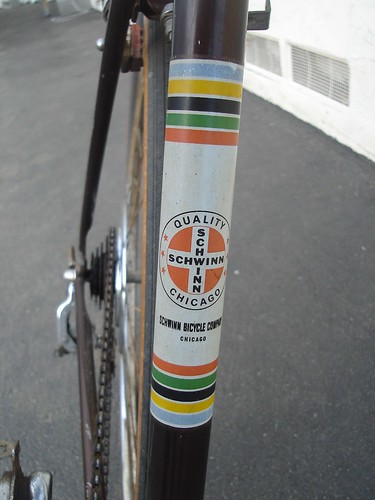 I had read that the Schwinn Varsity bikes were made famous for their “electro-forged” (E/F) frames.” When I first saw this bike, I quickly looked at the lugs, I’m a big lug man. But when I didn’t see it, I felt disappointed until I learned about the E/F frame building technique. It’s rather interesting and now that I’m educated in it, I have more admiration for the bike. 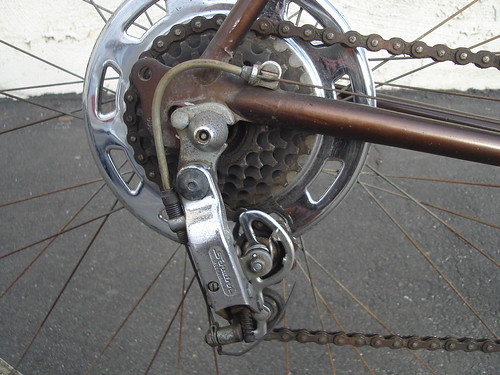 The bike does have some superficial rust spots on the chrome, but that’s nothing that I can’t fix. 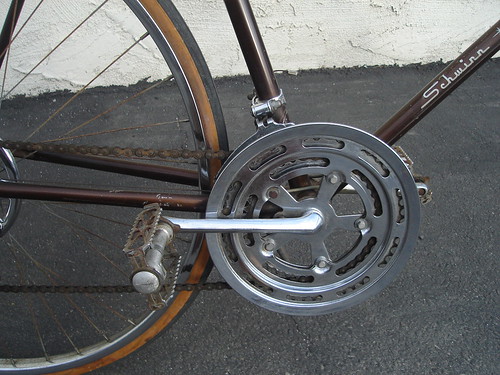 I totally dig the “S” on the shifters. 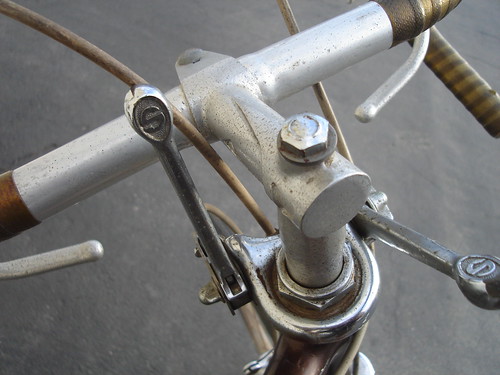 It truly is a handsome bike. Unfortunately, its a bit big for me. The stand over height is probably meant for someone that is around 5’10”, but as soon as I get on the bike, I can easily reach the pedals without any problems. The bike rides really smooth, thanks to the steel frame! 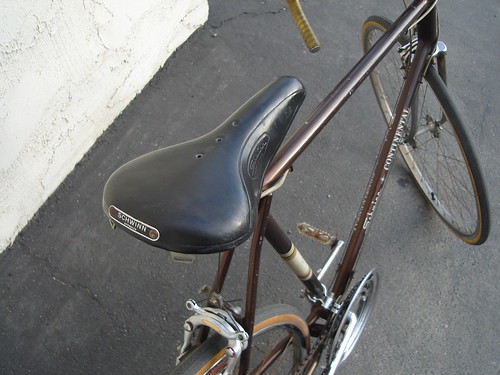 Everything on the bike is original, well the tires probably have gone through a few changes and is actually due for one. But other than that, its all legit! Not sure of this bike is worth any money, but it certainly great to have. I’ll be getting some new tires, install some Planet Bike fenders and a Wald rack in the back to carry some panniers…you know to mix old with the new!