Howdy Bike Commuters… We put out a call to arms for Commuter Profiles back in the day, and we had some lukewarm responses. Since none of the velo monsters who initially emailed us have responded with a completed questionnaire, I have decided to cajole my friend Danny from NYC into submitting his Commuter Profile! We hope the photos inspire you to share your commuter profile story too. Get ready for more silly sarcasm and major hipster points… without further ado, Danny Abalos’ 15 minutes of Bike Commuter Internet fame:

Danny Abalos and his red single speed Schwinn in a white spaceship (a.k.a. his office)

I hail from California, but I hate driving and traffic, so I got a job in NYC which is super bike friendly and it’s totally extra hipster points when you ride your bike everywhere. The subway is cool too, but bikes rule. My ride to work is a pretty easy 3 or 4 miles of the beautiful bike lane-lined Brooklyn waterfront. It only takes about 20 minutes, allowing me to get to work only 20 minutes late every day! 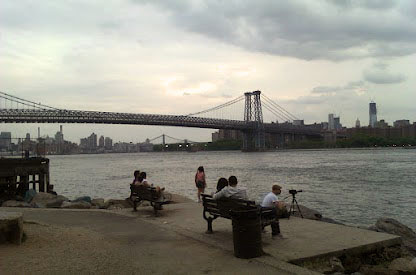 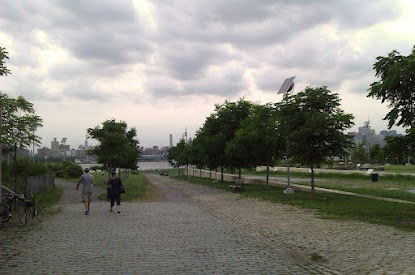 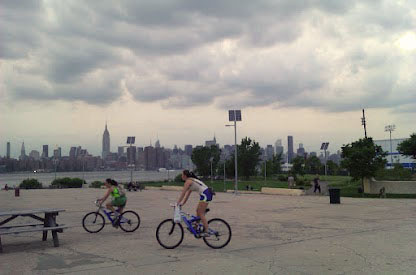 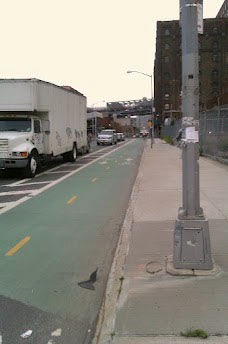 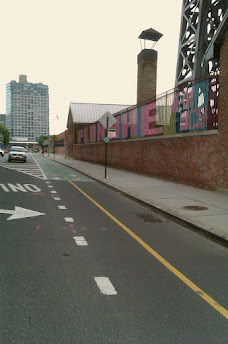 I already mentioned the extra hipster points right? So you can assume that I have five hundred friends on facebook because I ride a bike. Also I never buy an unlimited metro card because they are lame, so I save about a hundred dollars per month to spend on things like… not gas.

I work at an Architecture firm in New York City.

I have a lovely minimal shiny red single speed Schwinn budget commuter bike with an awesome “ratio” that I know nothing about. Editor’s side bar: one time Danny g-chatted me telling me the story of how some guys were admiring his bike on the way to work, and they kept asking him what his ratio was. I told him they meant his GEAR ratio, but that I also did not know an easy way to answer the question! HA. 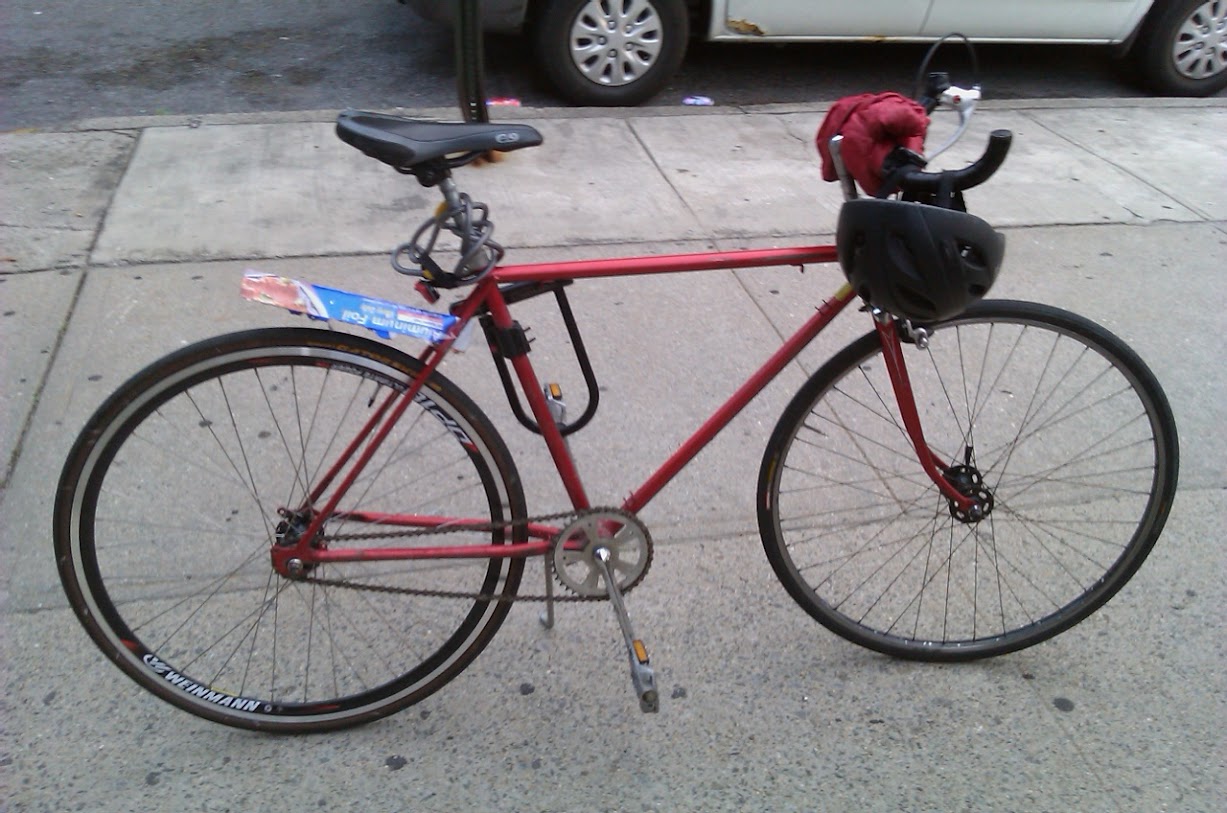 Sure, but it’s more of a photo thing. I see lots of public art (or maybe it’s wannabe graffiti) during my commute that is pretty cool! Plus, check out the dope view of the city I get twice a day over the Pulanski Bridge as I ride from Long Island City to Brooklyn to and from work. 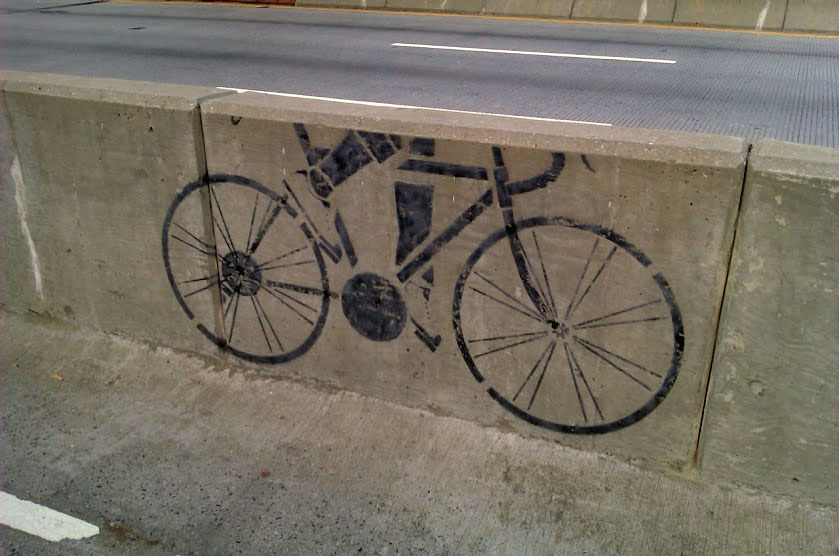 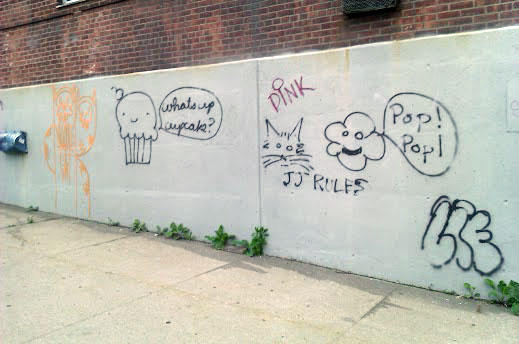 Does this count as public art? 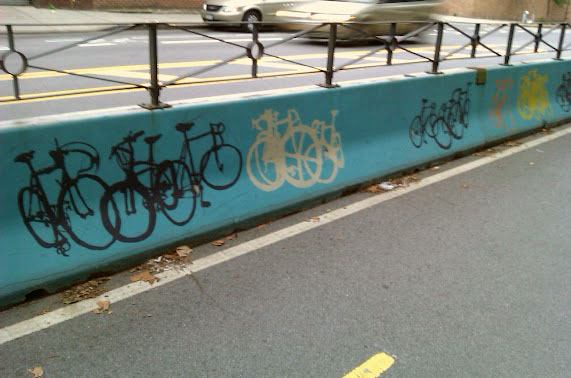 Along the bike path. 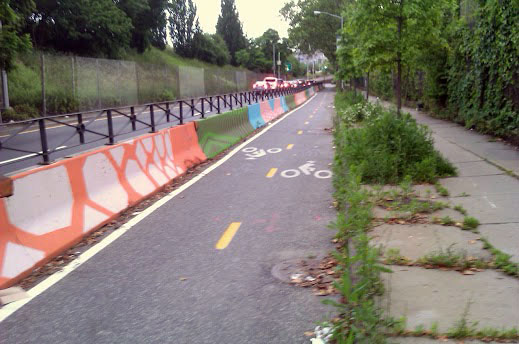 More art on the bike path. 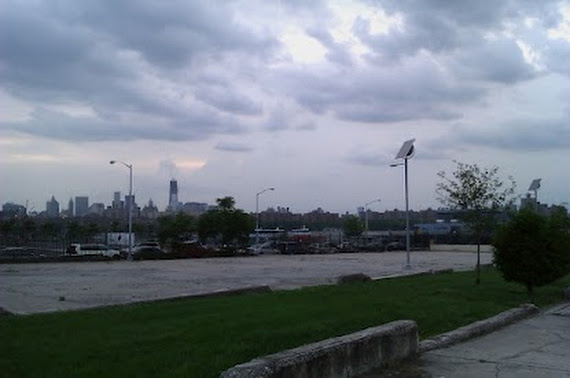 Nobody is phased, come on this is Brooklyn! Honestly though, I’m just a regular guy like everybody else.

I try to get my friends to bike everywhere by saying that we are in a bike gang, but I still don’t have a name for it yet. Editor’s side bar: this is actually true and not sarcasm. Our other friend, Justin, was bummed that he doesn’t have a bike yet so he can’t join the unnamed architecture bike gang.

Sure, check out my ghetto fender I made out of an aluminum foil box today cuz the roads were a little moist in the pictures over there. 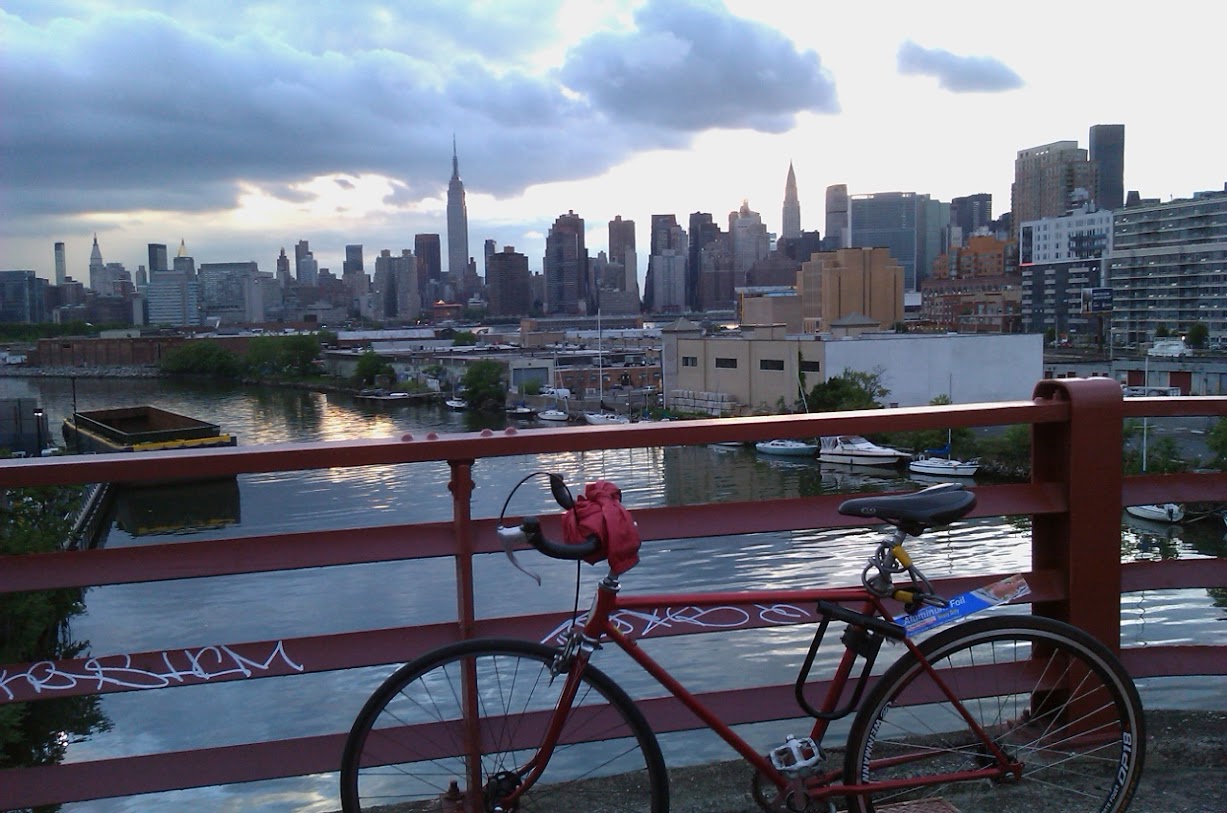 Danny's bike on the way into town- check out the killer view (I'm obviously talking about the view of his Aluminum foil box "fender"!)

Thanks for sharing, Danny… All the readers out there must be jealous of your separated bike path and green painted bike lanes – I know I AM! So, if there are any other Cycle Ladies and Gents interested in submitting their commuter profiles, please email us at info{at}bikecommuters{dot}com. It’s so easy and fun, even Danny can do it.