Longtime reader and commenter Mike Myers of Homosassa, Florida finally submitted himself to the glaring light of Internet stardom here at Bikecommuters.com. Check out his profile and his amazing arsenal of long-distance commuter bikes. Look carefully at the bike photos and remember this: when the economy collapses and headset spacers become the “coin of the realm”, Mr. Myers is going to be a rich man, indeed…

Off and on for 15 years or so. I like to lift weights also, so I’m only bike commuting two days a week. In a perfect world I would lift weights 3x/week and bike commute 5x/week, but time doesn’t exist for that. I tend to have car-free weekends, though.

Fitness, mostly. I don’t want to wreck my knees by running, and I can’t see taking any sort of cardio classes. Treadmills and elliptical trainers make me feel like a hamster. Riding my bike to work is an easy way to get a couple of hours or more of cardio in twice a week.

I’m a dental technician. I live in Homosassa, Florida, and work in Hernando, Florida. 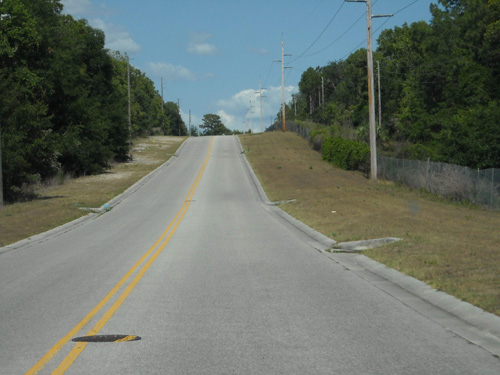 One of the only hills in the area…it’s a doozy (just kidding)!

Initially I did it for fitness. There was a 6 month period from November 2006 to April 2007 when I was totally car free. My commute varies in length. I can make it 44 miles round trip or as short as 34, depending on route.

I have three road bikes. My main commuter is a 2005 Gunnar Sport. It’s a fantastic bike. Light, fast, and has a comfortable commuter saddle. Handmade in Wisconsin by American craftsmen. The color is “Sherwood Forest Candy Metallic Greenâ€?, and it’s a Waterford-level paint job. I like it a lot. The metallic really pops in the sunshine. Having a nice paint job is a blessing and a curse. I have it mounted with fenders, but I really try not to ride it if rain is a distinct possibility. Kind of defeats the purpose of having a fendered bike! 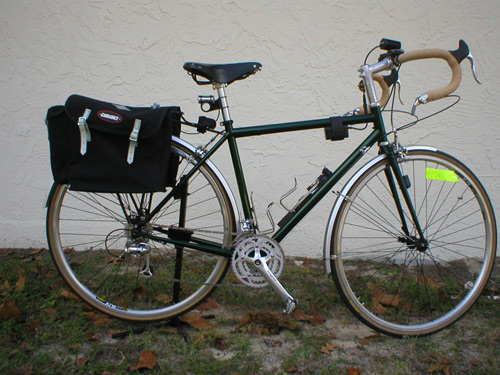 I have a Surly Pacer. No fenders, no rack. Just a Carradice Barley saddlebag. It’s my go-fast, good weather bike. It’s the only bike I own with a 53T chainring, so it makes the downhill sections a lot more fun. Surly makes a nice solid frame. I mounted fenders on it when I was running 700x25s, but when I swapped to 700x28s I couldn’t get my Freddy Fenders to quit rubbing. I stripped the fenders but one day I may try SKS. Or I may sell the Surly. 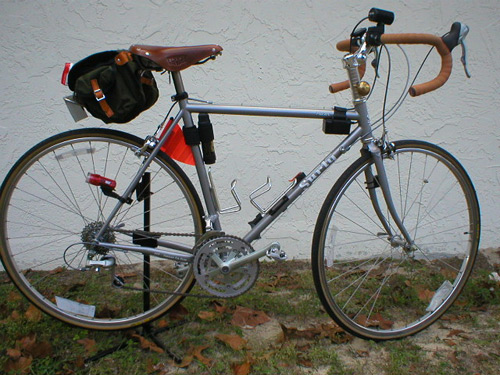 My Bridgestone XO-2 is quickly becoming my favorite bike. I’m short and have always had toe clip overlap problems with my 700c wheeled bikes. The Bridgestone has 559 wheels, and I don’t overlap even with fenders. It’s very comfortable and was designed by Grant Petersen, so that makes it fun. It sees duty as a commuter and errand bike. Why no other company has seen fit to market road bikes with 559 wheels is beyond me. There are full-blown touring bikes with 559s but nothing with road bike geometry and fairly light weight. 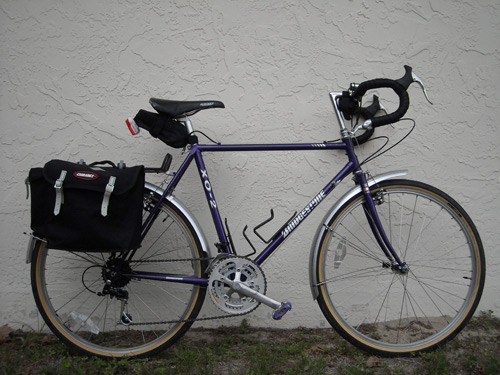 You’ll notice that my bikes have high bar cockpits. I have carpal tunnel syndrome and shoulder impingements. The wide Nitto Noodle bars and high bar cockpit help with hand problems a lot. I have sacrificed some style points for comfort, and that’s fine with me.

The most interesting thing that happened to me was being hit by a truck. I shared that story with Bikecommuters.com. That’s the first time I was knocked unconscious, and I was lucky to escape with minor injuries. I still have a hard time riding on the section of road where the accident occured. Oh, and I was confronted by an enraged 5′ 4″, 120 pound redneck in a sleeveless Rebel flag shirt who wanted to fight because I yelled at him when he almost hit me. Fun times. :-)

People always act as though I’m riding some huge distance. They don’t realize that 20 miles isn’t really that far. Riding an efficient bike helps a lot. Most people could work up to riding 20 miles each way in no time. It’s not that difficult. Granted, I was never really a couch potato, and always maintained some level of fitness. I’m not doing centuries, but I’m OK.

This is Citrus County. There is no “cycling communityâ€?. There are guys with DUIs, senior citizens on hybrids and â€˜bents on the Withlacoochee Trail, and rich guys on megabuck carbon toys. I bet there are only a handful of bicycle commuters in the entire county. We’re pretty rural. :-) Things are getting better, though. The state recently repaved SR44 and painted a nice bike lane for most of the distance. There are plans for a long MUP to connect the Withlacoochee Trail to SR44 in Crystal River, too. Then when the Suncoast Parkway 2 is done there will be a trail which will allow cyclists to ride from Citrus County all the way to Tampa. That doesn’t mean much in the transportation sense unless the roads the trail intersects are bike-friendly, but it will be good for the recreational cyclists. 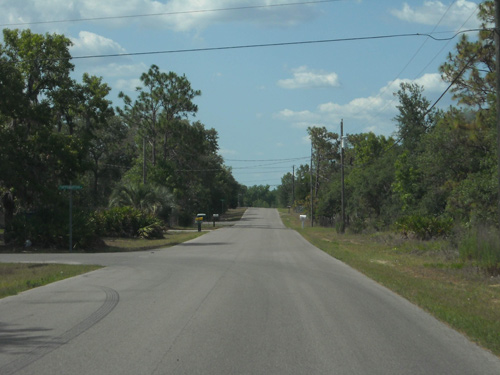 Keep doing what you guys are doing. I visit Bikecommuters.com every day, and there’s always something new and interesting. You guys do good work. I wouldn’t be offended if you sent me something to review from time to time though. :-)

Editor’s Note: Thanks for the kind words, Mike…and who knows? Maybe someday soon your wish will come true. Thanks, also, for sharing your wonderful bikes and experiences with us!